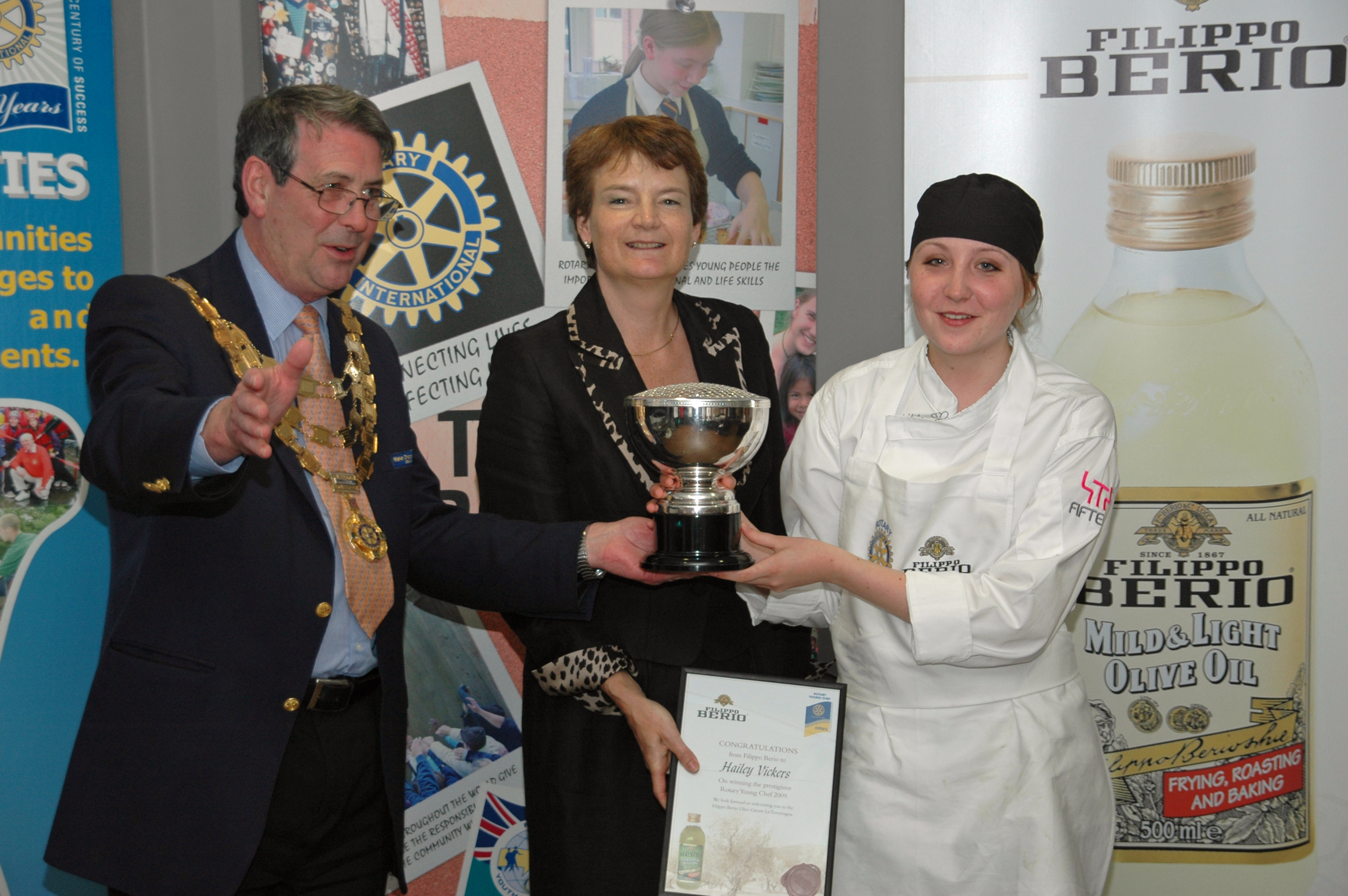 Talented Hailey Vickers from Charlton Down proved she could stand the heat in the kitchen when she beat off stiff culinary competition to win the grand final of the 2009 Rotary Young Chef in association with Filippo Berio, in Hitchin, Hertfordshire on Saturday 2nd May.

This year, more than 4,000 budding young chefs, aged 17 and under, took part in local and regional competitions, all culminating in the grand final that saw eight regional winners battling it out for the overall title.

Sixteen year old Hailey, wowed judges with her tasty three course meal of pan-seared scallops on a bed of spring pea risotto to start with, followed by lamb roulade served with olive oil mashed potato, confit tomato and mushroom with char-grilled asparagus and rosemary flavoured jus, and finished off with natural yogurt pannacotta served on a bed of rhubarb and ginger compote and light rhubarb consomme for dessert. For those wanting to see the winning menu click here.

Hailey was awarded a host of prizes, including a trip for two to Tuscany to visit Filippo Berio’s amazing olive groves and sample the delights of Italian cuisine, as well as being treated to a one-day cookery in the kitchen of Fifteen London restaurant.